For the current show, Assassins, painter/dyer Denise Dietrich and I wound up lending a hand to our props department and creating a "dead dog."

In one scene of the show, the character of Sarah Jane Moore has a dead dog in her handbag, which she takes out and drops on the ground. Our fake dog needed to be realistic-looking, and to have the weight and limpness of, well, a dead dog. 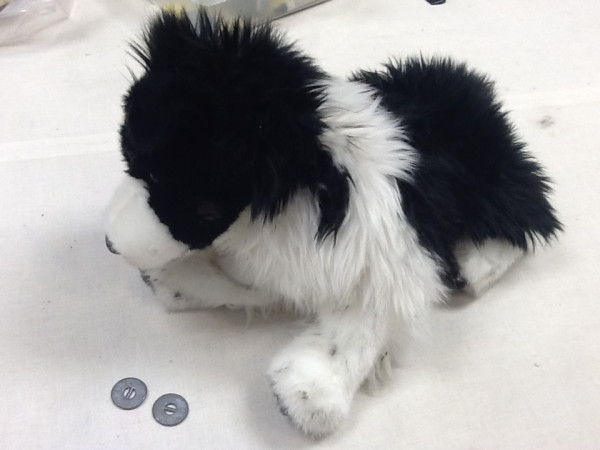 Cute plush doggie and a couple of dress weights.

Set designer Rachel Hauck provided me with a sweet little black-and-white plush toy (pictured above) which Denise and I would modify into our dead dog.

The first order of business was to "limpify" and weight him. I split some of his seams and removed stuffing from his legs and neck. In the base of each of his feet, he's got four dress weights and a small beanbag. He also has four dress weights in the end of his snout, and a sandbag in his stomach.

Here's a short video of us testing his "deadness": 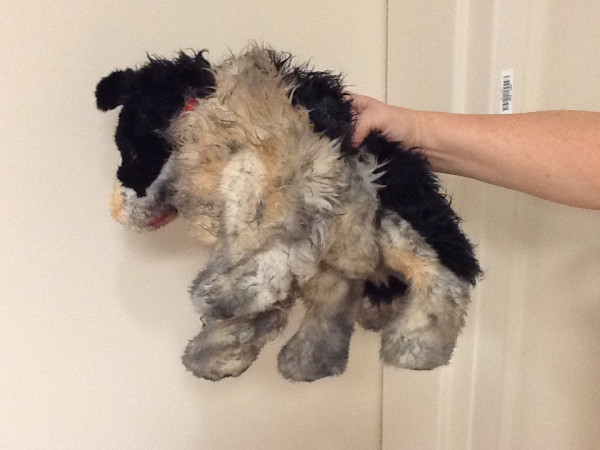 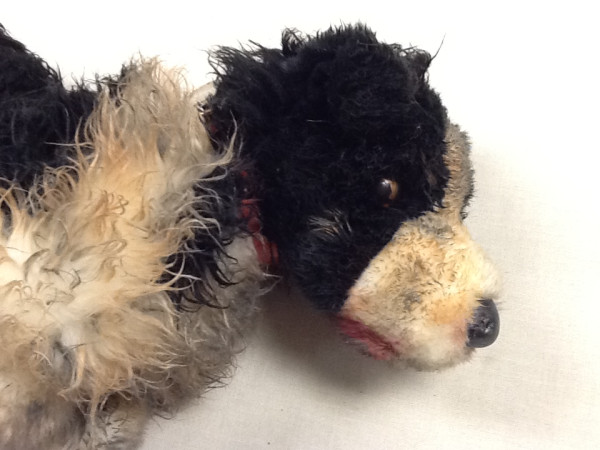 Detail of his face. You can also kind of see the little red collar i made him from a scrap of vinyl.
And voila, one dead dog for our zany assassin!

He was a fun project and reminded me how much i enjoy doing soft-goods props like this. I also really like how these photos illustrate the way in which a prop can be taken to the next level of realism--like, you could do this show with the stuffed dog in its original unaltered condition, but he wouldn't have nearly the level of believability as he does now with the mods we performed.
Tags: playmakers, props
Subscribe