We're working on a production of Ibsen's Enemy of the People right now at Playmakers Repertory Company, and i've had the occasion to do a distressing/aging project that some of y'all might enjoy.

Our production is set in the 1950s, and we've got a character whose very nice, new wool suit actually needs to look old and decrepit. The actor playing this character is one of our company actors, which means he's cast several times a year, and we have some go-to items for him which get used frequently--suits, shoes/boots, etc. Rather than wrecking a really good suit from our stock which we know fits him well and which would get future use, if it could be restored after this show, I'm using the Schmere line of products to do some reversible surface design.

Schmere makes a line of wax-based crayons and "smudge sticks" which have dry pigment suspended in them. You rub them on the costume, and they wash or dry-clean out. They're used a lot in the film industry, when a production might rent a HUGE number of costumes for a crowd scene and need them dirtied up, but not actually wrecked beyond restoration. For theatre, use of Schmere does mean that any treatment will need reapplication after each cleaning during the course of a run. For us, this means i'll need to "re-up" the Schmere at least two more times. Take a look: 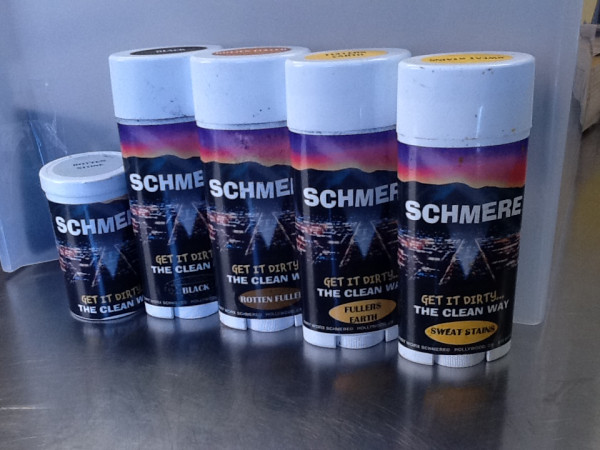 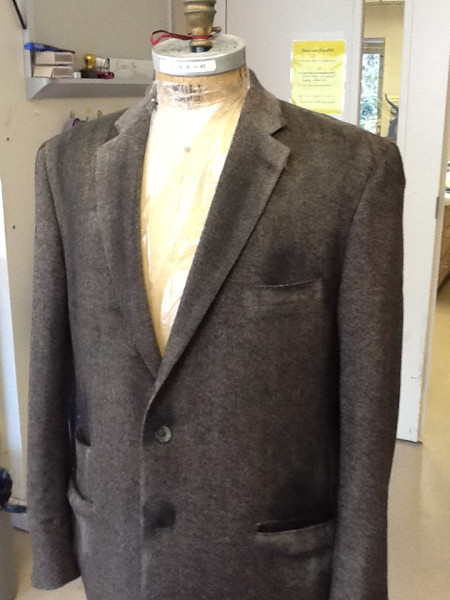 Would you believe all the highlights and lowlights and shading on this coat will disappear at the dry cleaners? 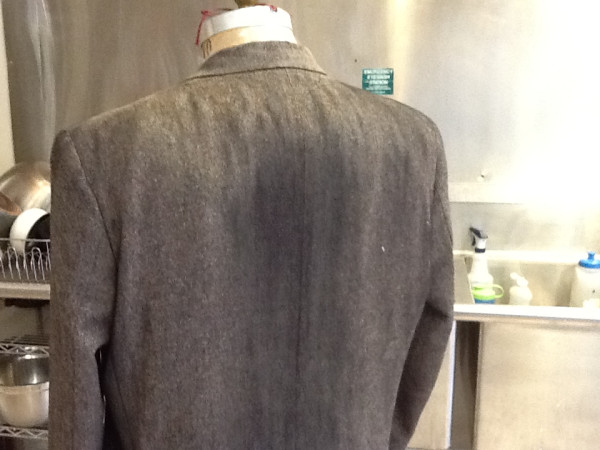 Detail of streaky "sun-fading" and "sweat stain" on the coat back.
Tags: distressing, playmakers
Subscribe